Embarking on a bold new journey, Jennifer brings together an A-list band and an exciting new musical landscape to her latest collection of timeless songs. With themes of perseverance and overcoming, seeking out beauty and belonging in a broken world, and the quest for home - these are songs for our times.

Acoustic/Electric Bass - Stuart Bruce is a producer, recording engineer, musician and educator with multiple Platinum and Gold albums to his name. He has worked with artists such as Madeleine Peyroux, Yes, Van Morrison, Bonnie Tyler, Duran Duran, Susheela Raman and Art Garfunkel amongst many others. 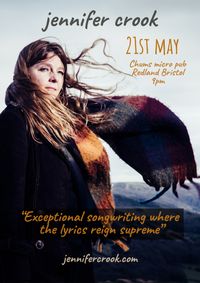 An intimate gig where you can hear songs from the forthcoming album as well as some old favourites. Jennifer will be accompanied by Stuart Bruce on bass and guitar.

BATH FRINGE FESTIVAL. The 7 Hills Presents... This special night at the newly revamped, legendary Bath venue will feature 3 local leading lights of the music scene, Matt Owens and his all-star band : The Delusionary Vanity Project, the sublime Jennifer Crook and The Broken Road and the rocking Al O’Kane. Set in the intimate setting of the Vaults it’s one not to be missed, set to sell out early so get in there quick. TICKETS £10 IN ADVANCE (£12 on the door) 18+ 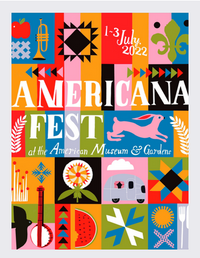